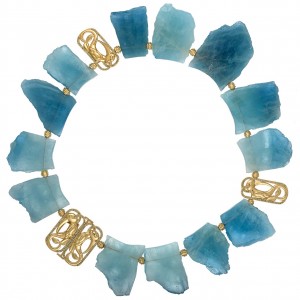 Henry Elfering, a long standing featured designer on GemLily shared his inspiration behind his newest creation released just a week ago, an Aquamarine necklace titled Seascape, so exquisite it has red carpet written all over it – yet so approachable wearing it with a sweater or tee is the finishing touch that will take you anywhere. Henry shared he initially set out to create a necklace with color. He began with his zoomorphic idea of a bird, a crane morphing into a fish tail. Once he had that down on paper he knew he wanted to search out beads of some sort that would feel watery. When he came across the aqua slabs, it was a no-brainer. Then began the hardest part getting the design to become reality – from start to finish it took close to 5 months to complete- and the end result so very much worth it.

Your Needs.
Your Style.
Your Budget.